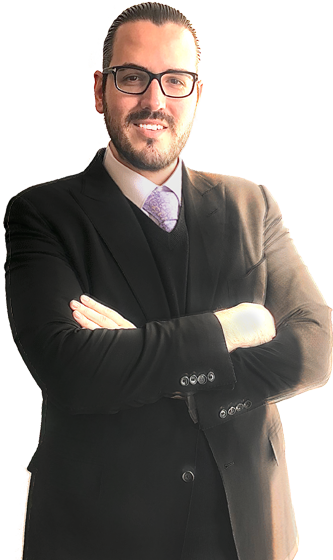 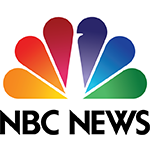 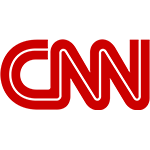 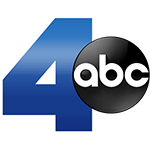 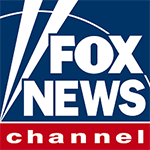 With many years of law experience
Free Consultation

PLANNING TODAY FOR A SAFE TOMORROW

At the Morgan Legal Group PC, our focus is tailored to the specific needs and requests of each of our clients. Our team of trained professionals can handle complex legal matters and take pride in providing qualitative personalized service. Unlike many large assembly-line law firms, the client gets to speak to an attorney whenever they have a question.

Our strength is our ability to work hand in hand with our clients and achieve our common goals together in a fast paced environment whether your needs or urgent or not.

Our team takes pride in promptly returning any and all phone-calls, emails and other inquiries from each of our clients on the same day or at the time the client requests. 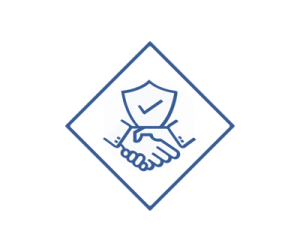 It is never too early to make out a will. The thought of dying is not one that most people wish to dwell on....
Read More 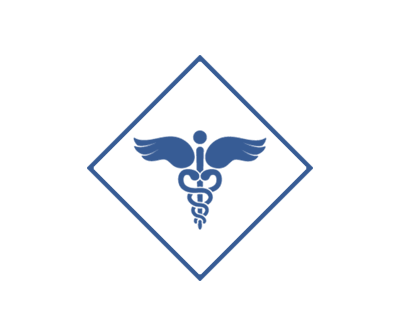 For many people, thinking about long-term care is a topic that is often put off as long as possible. However, in doing so, they are setting....
Read More 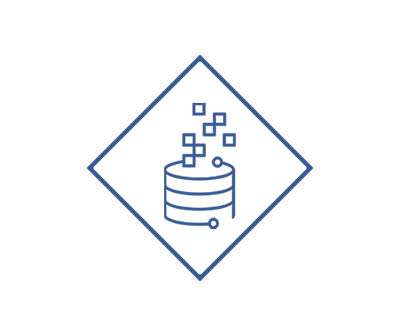 You work hard in life, and you accumulate specific assets as a result. Perhaps you have a home...
Read More 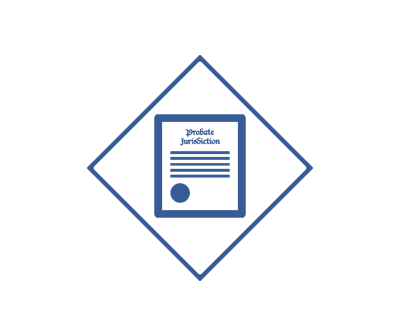 If you need an attorney to help you with probate issues during difficult times of grief in New York City, Morgan Law Group PC can help you...
Read More 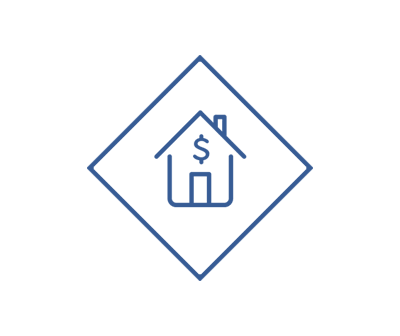 Mortality is a grim but stubborn fact of human life. You cannot live forever, and it is important...
Read More 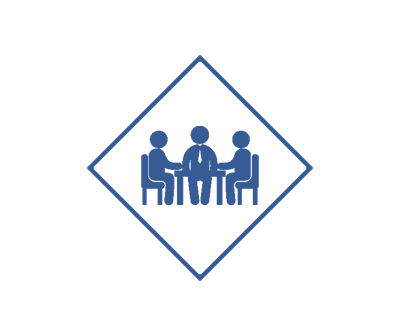 You pour your life into starting, growing and managing your business. As you work hard to keep your business driving in the right direction, it can be easy to lose sight of the long term...
Read More 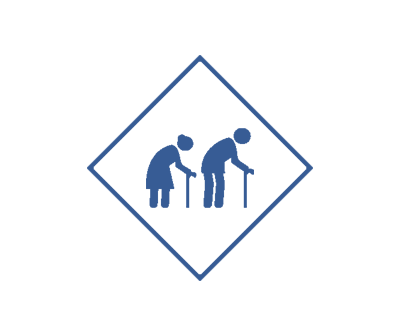 With the population of the United States consisting of more and more older adults, it’s important...
Read More 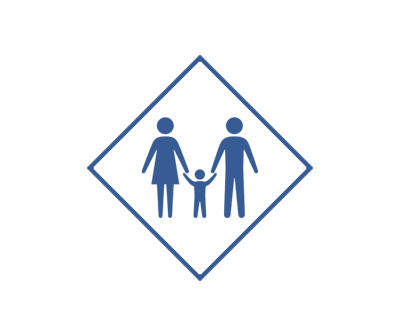 Guardianship is a serious matter. When you ask the court for rule over another person, you are mostly taking on the challenge of overseeing their life...
Read More
All Practice Areas

We Will Help You Every Step Of The Way

The Morgan Legal Group PC has represented individuals who have been harmed by the conduct of others as well as corporations.

we will assist you in any issue and conflict

You Deserve One Of Our Prominent Lawyers in New York

important things you should know

What is the definition of estate planning?

It is a very common misconception that not everyone has an Estate. In fact, every individual will have an Estate which will be clearly determined at their date of death and will be comprised of all property they own. For example, this will include belongings such as a bank account(s), a car, some pieced of jewelry, real property and any other tangible or intangible property.

Estate planning purports to plan, arrange and organize one’s distribution of property (also called “assets”) at their date of death or upon an event. In other words, Estate planning consists of deciding in advance and determining what part of your property you will give and to whom. Obviously, Estate planning must be thought as a whole in order for the client to get the best of his property while legally reducing the amount of taxes, legal fees and court fees.

Estate planning allows an individual to decide and determine precisely who will benefit from their estate, who will obtain a specific portion of their assets and to what extent. It purports to plan, arrange and organize one’s distribution of his or her property while strategically ensuring that the estate will not suffer from taxes or other claims which may burden the estate upon one’s date of death.

Estate Planning’s main purpose, in addition to preventing disputes and burdening taxes, is to encourage individuals to foresee in advance and resolve the potential risks or events which will undeniably occur. For example, death or illness.

Is estate planning the same as a will?
Estate planning and Will planning are very different methods to get the best of your assets in the future, although they are complementary and work together. Drafting a Will is an estate planning process while Estate Planning can be achieved through the drafting of a will but also with the use of other tools such as a Power of Attorney, a Trust, a Healthcare Proxy. Estate planning and Will planning each purport to set clear instructions to the court or your fiduciary as to the ways your assets will be distributed upon your death but estate planning can go even further by resolving questions to come in the future regarding your health, finances, incapacity and your living conditions.
Which is better a will or a trust?
It depends on your needs, objectives and goals. Both a Will and a Trust Agreement are estate planning tools, but they serve different purposes. If they can work together or refer to one another in a logic of general estate planning, a Will and a Trust agreement remain very distinct documents with major differences. The most obvious difference between a Trust and a Will is that a trust is effective upon its duly execution, as the grantor is alive, while a Last Will and Testament has effect only upon a testator’s death and proper probate proceeding.
Who gets assets if no will?

If an individual dies without a Will, his or her property has to be distributed and pass as per the laws of intestacy of the state where the decedent was permanently residing prior to his death. For example, in New York State, if a decedent who died without a Will had a spouse and children, the spouse will be entitled in priority to a portion of the decedent’s estate. Under such circumstances, the spouse will receive $50,000 in assets and half of the rest of the estate while the decedent’s children will get the other half to be divided among them. If the decedent had a spouse but no children, the spouse will be entitled to the entirety of the estate.

What is the average cost for estate planning?

The cost for estate planning can vary and is based on your needs, objectives, your financial situation and your attorney’s expertise. It is important for your attorney to evaluate these factors before setting a price for the drafting and/or execution of your Estate Planning documents.

Attorneys at Morgan Legal Group P.C. offer a free initial consultation in order to precisely assess your needs and discuss with you the cost of your Estate Planning.

What are the benefits of having a trust?

A trust instrument offers several advantages, if set and drafted properly by an experienced and specialized attorney. For example, a trust enable you to decide how your assets are to be distributed prior or after your death, it enables you to significantly and legally reduce applicable taxes such as gift taxes, it allows you to generally protect your assets and also allows you to name a person of trust (a fiduciary or trustee) who will manage your assets for you and under the directions set in your trust.

In other words, having a Trust can benefit you in many different yet effective ways.

Often, our clients are confused as to the probate proceedings, its purpose and the reasons why it is always required when a person died having a Last Will and Testament. Probate refers to the legal proceeding commenced after a person who had a Will passed. The purpose of the probate proceeding is to obtain a Court’s confirmation that the decedent’s Will is valid, properly executed and attests that the decedent was competent when making his/her decisions to distribute his/her property to designated individuals.

As well as establishing the validity of the Will, a probate proceeding will confirm that the nominated executor is authorized to act as the executor of the estate.

What is the purpose of probate?

The purpose of the probate proceeding is to obtain a Court’s confirmation that the decedent’s Will is valid, properly executed and attests that the decedent was competent when making his/her decisions to distribute his/her property to designated individuals.

As well as establishing the validity of the Will, a probate proceeding will confirm that the nominated executor is authorized to act as the executor of the estate.

Is probate required if there is a will?

Yes, absolutely! Probate is a required and mandatory step if the decedent had executed a Will prior to his or her death. If there is a Will, there will necessary be a probate proceeding before the Surrogate’s Court even if the Will is not contested, or if it appears unambiguous on its face and sets clear directives which the named Executor is immediately ready and available to follow.

Whether your will is poorly drafted and extracted from an internet website or whether it is drafted by a brilliant attorney, it will necessarily be subject to a probate proceeding!

Is it better to have a will or a trust?

The most obvious difference between a Trust and a Will is that a trust is effective upon its duly execution, as the grantor is alive, while a Last Will and Testament has effect only upon a testator’s death and proper probate proceeding.

Does a trust override a will?

It is important to understand that a Will and a Trust are two distinct, separate legal documents with objectives and purposes that are different although they can be part of the same Estate Plan and functionate together. Many of our clients ask us whether a Trust overrides a Will. Our simple answer is that a trust (specifically a revocable trust) is established during the lifetime of the settlor and is effective immediately upon its execution by the settlor. Trusts are effective prior to the decedent’s death while a Will is only effective upon the decedent’s death. Thus, when there is a conflict between a Will and a Trust, the Trust precedes.

How does a trust work with a will?

A certain type of Wills, called a “Pour-over Will” works simultaneously with a Trust instrument which refers to it. When the grantor who created the trust failed or omitted to transfer some of his or her property to the trust as they should have, a Pour-over Will gifts the remaining property specifically to the Trust, having the effect to cover all estate assets in the Trust.

This type of Estate Planning can be of great utility.

Our firm provides legal representation in all areas of immigration, consumer advocacy, debt collector harassment, corporate formations, business sales, bankruptcy, commercial litigation, and consumer and commercial real estate transactions. In addition, the Morgan Legal Group P.C. has represented individuals who the conduct of others and corporations has harmed.

Prior results do not guarantee a similar outcome.

Get all latest content delivered to your email a few times a month. Updates and news about all categories will send to you.